12 wood blocks each contain magnets and an NFC tag. With a satisfying clack! a block magnetically attaches to the face of a drawer containing a Raspberry Pi computer and an NFC controller. The Pi reads the NFC tag, tells the Sonos which song to play, and tweets the song title at @songblocks.

The primary design consideration was to make the technology disappear completely; the final experience is organic, tactile and aural - and quite magical. My son loves it. 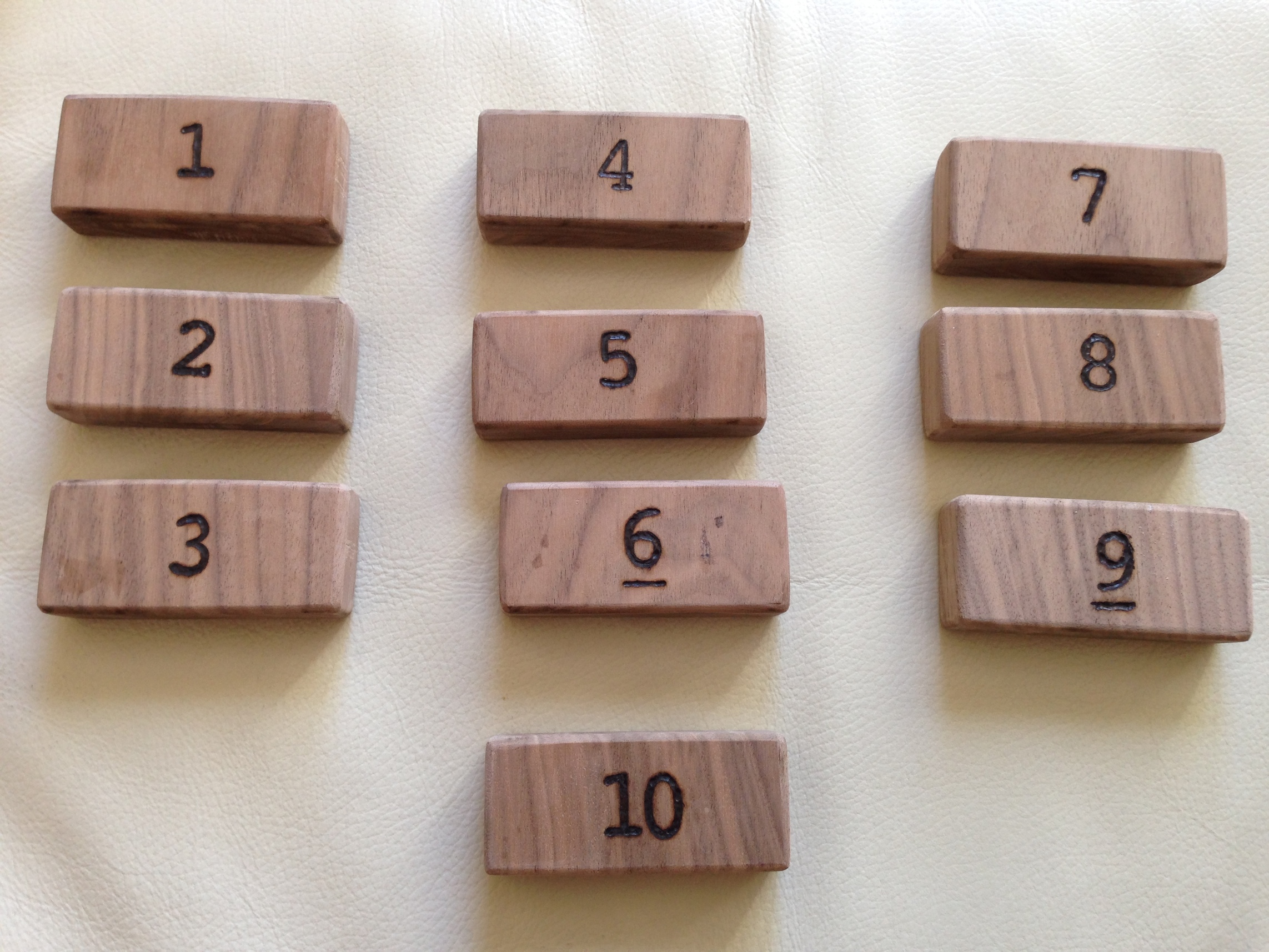 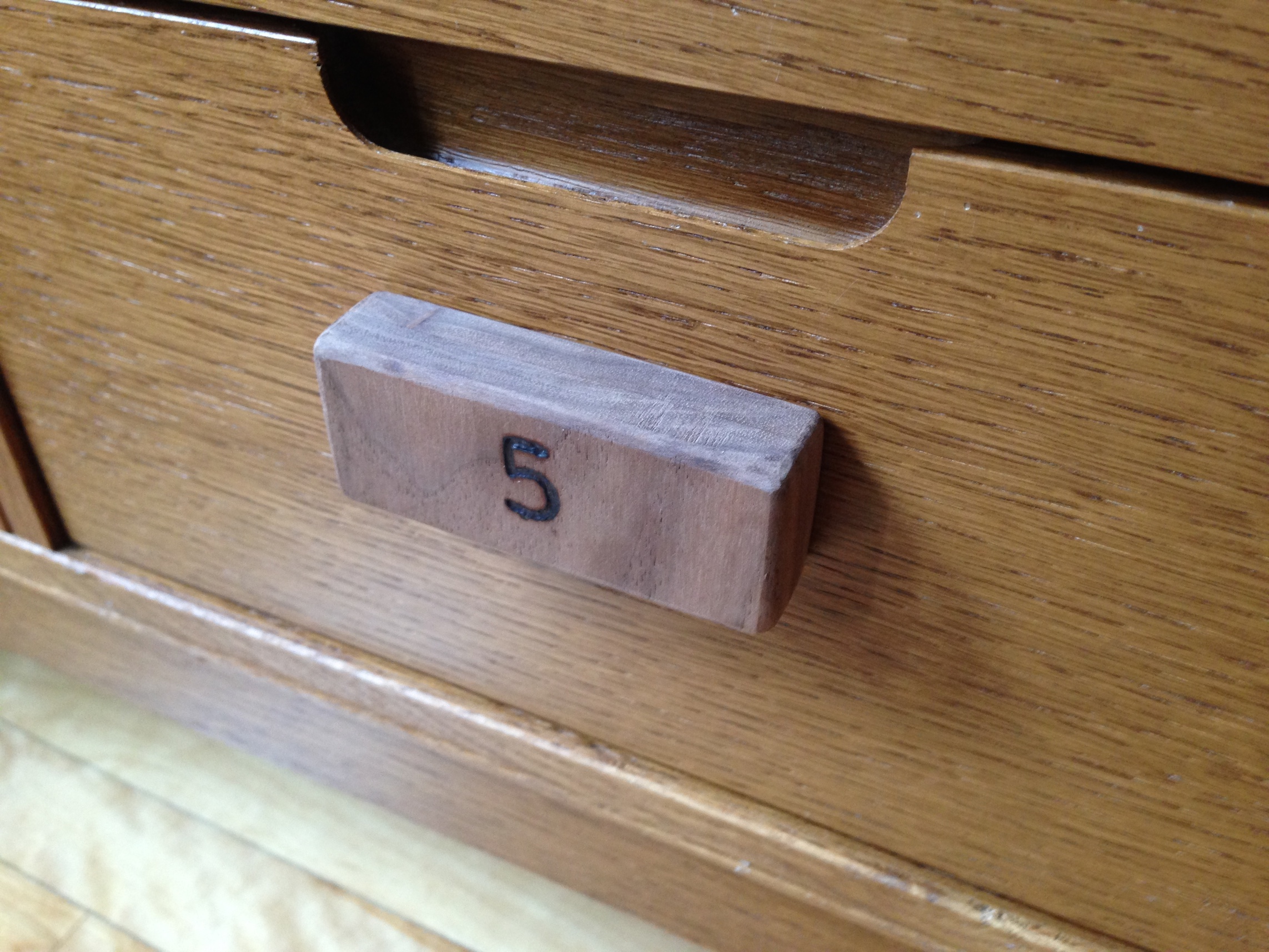 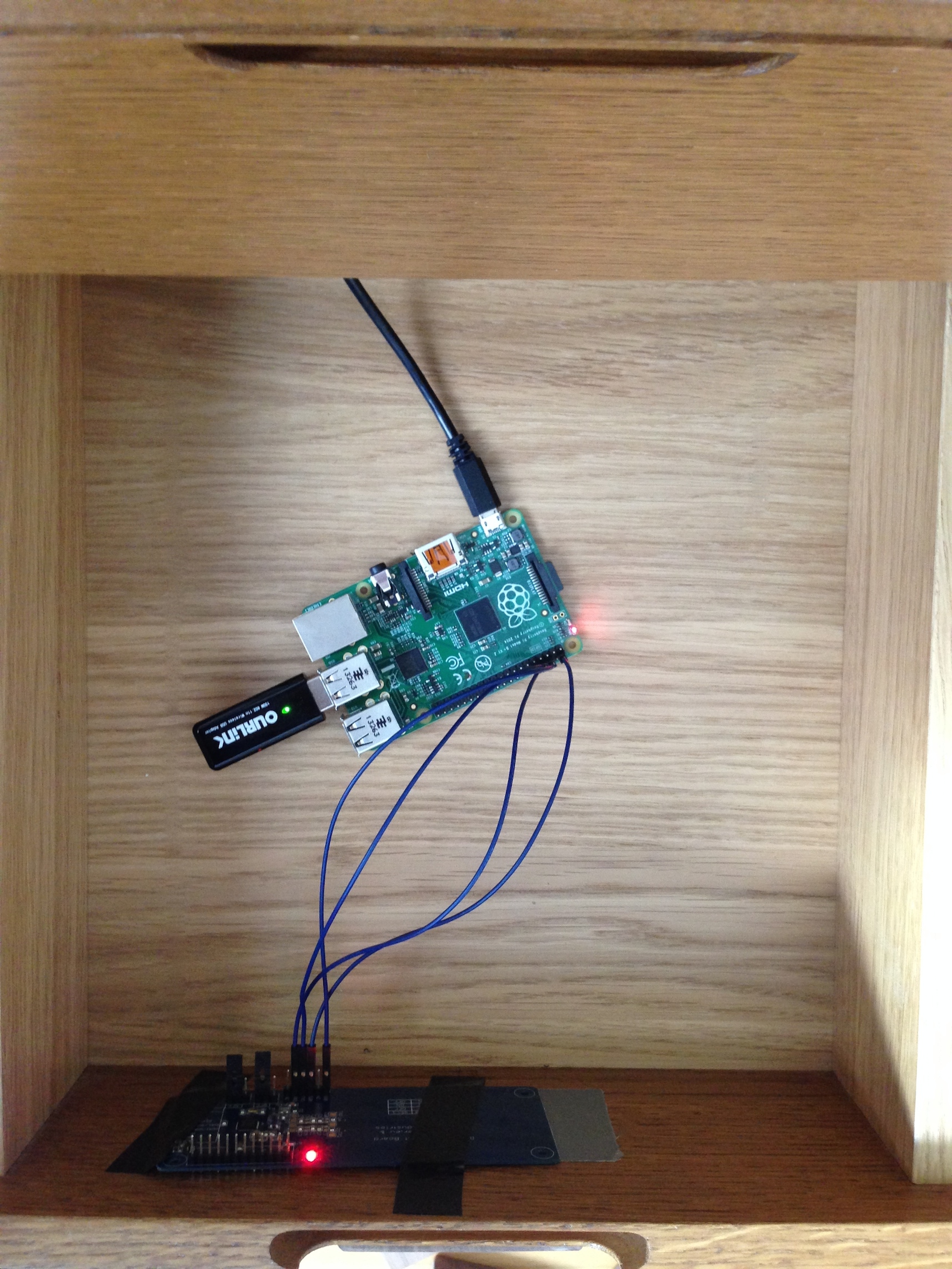 A 3/8" thick walnut plank was cut down to pieces measuring 1-1/2"x3-1/4" (two of these form each block). Cavities were routed out for the NFC tag and magnets (they sit 3/16" below the outer surface). Magnets were glued in. The halves were then glued together and clamped. 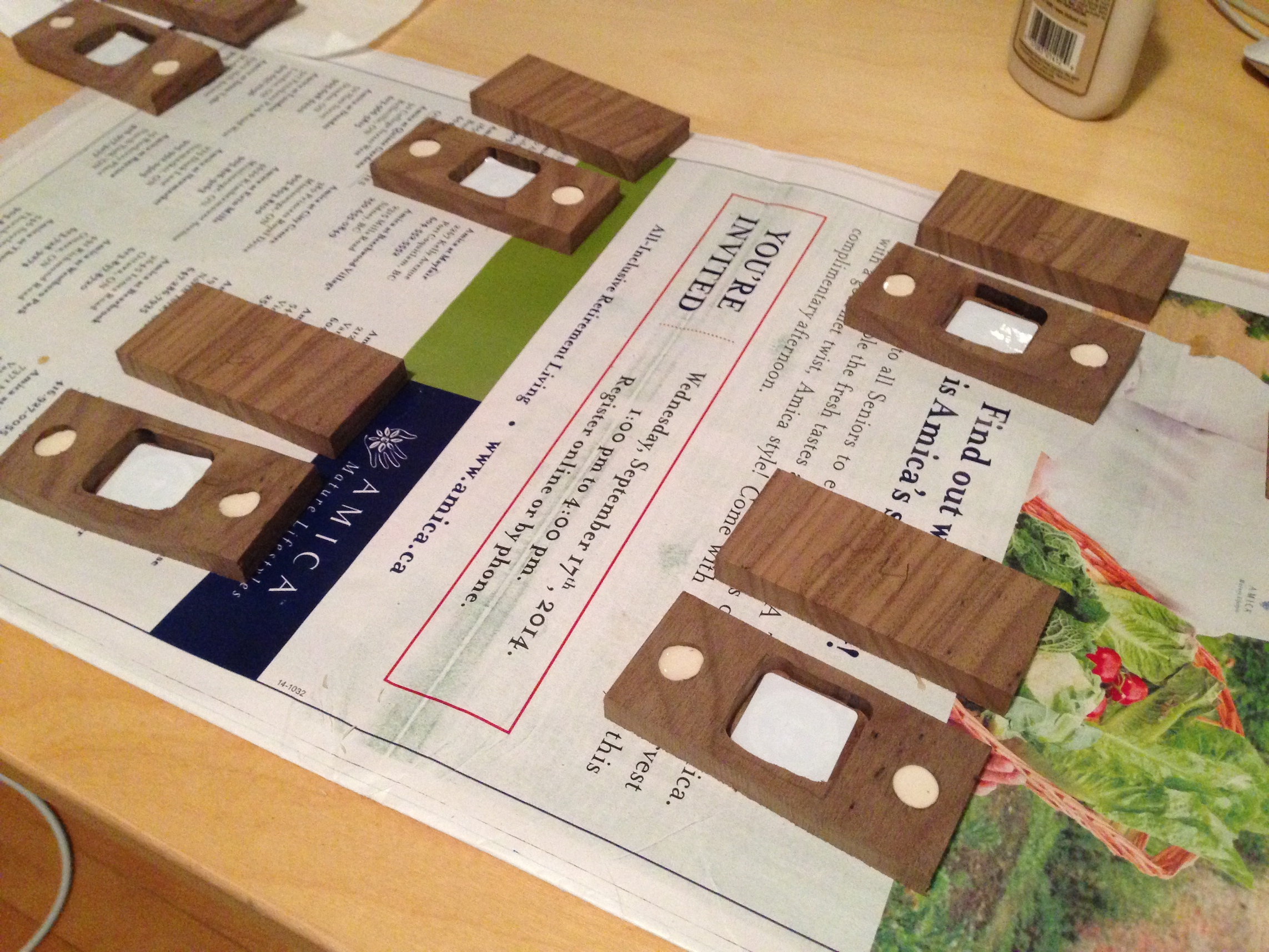 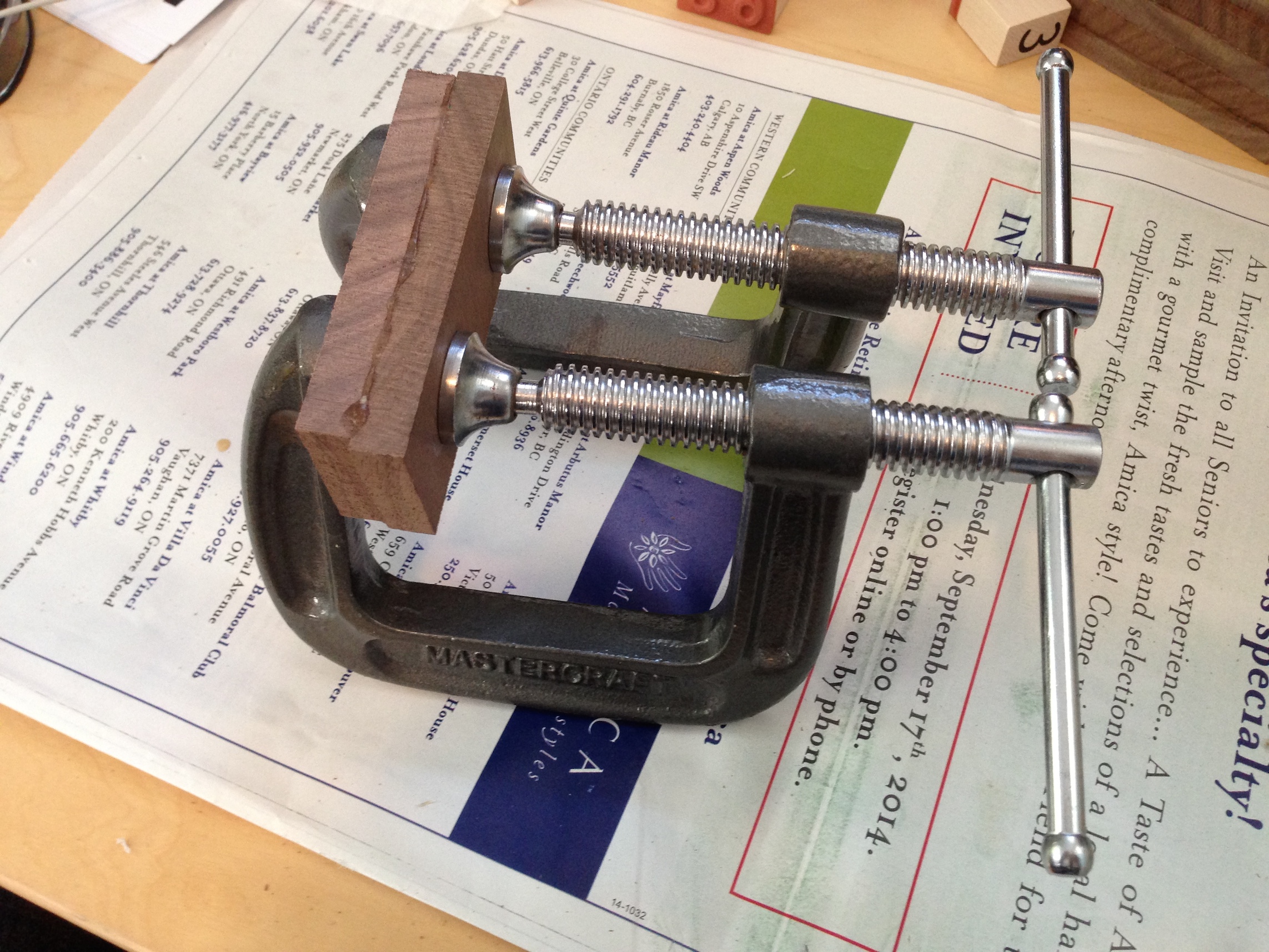 Each side was evened out by trimming off a very thin slice with a band saw. The edges were given a 1/8" radius round-over with a router. The sides and edges were sanded with 150 grit sandpaper. The seam between the halves was rendered nearly indiscernible.
Before and after the trimming, radiusing, and sanding: 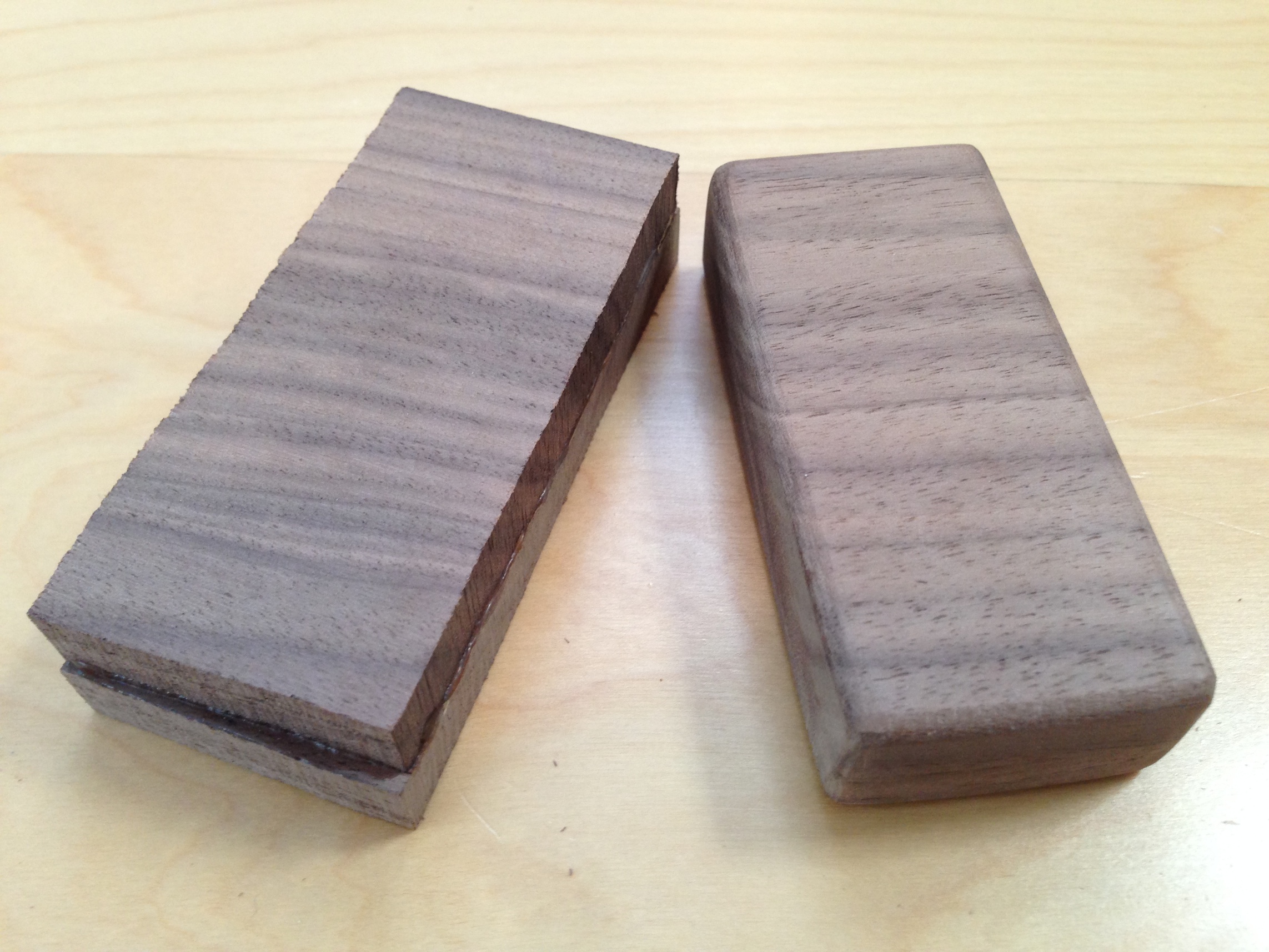 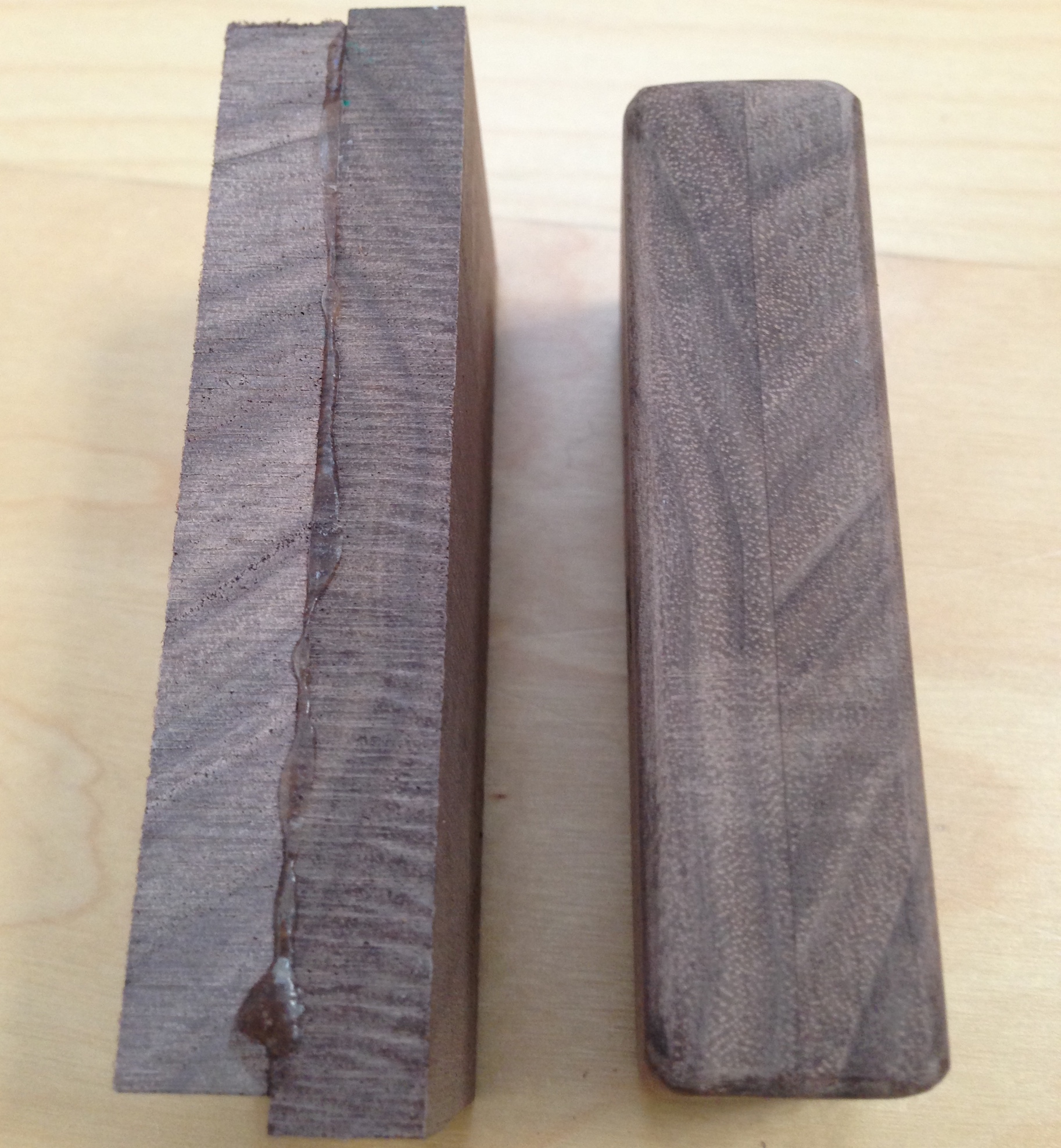 The numbers were imprinted with an ink stamp set and then burned in with a soldering iron. 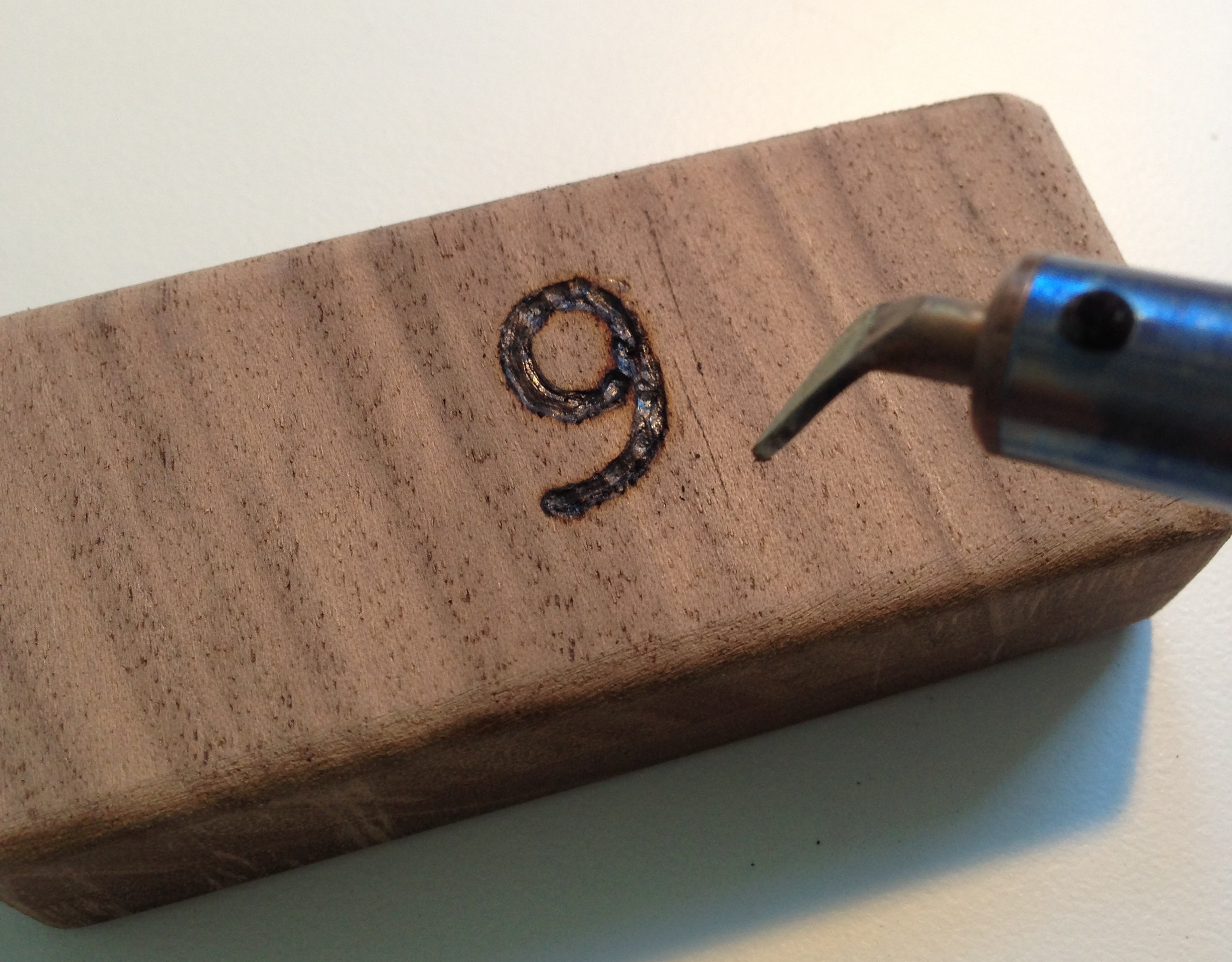 The wood has been left natural - no oil or stain. Naked walnut is beautiful, wears well, and smells nice.

I haven't coded in well over a decade and this is my first Python project. So it's ugly, but functional and pretty self-explanatory. The GitHub repo is here.

This was a fun project combining design thinking, woodworking and technology. It has given my little boy a way to participate in music listening and cultivate his own musical preferences (which you can see at @songblocks). He also gets to practice numbers and has learned the symbolic mapping of a number to a song. This is his favorite "toy" right now, and I hope it stays that way for years to come.

Please feel free to leave your comments and questions below.
Thanks for visiting!